why haven't you heard about plan bay area?
(BECAUSE THEY DIDN'T WANT YOU TO HEAR ABOUT IT!)

Attention Sonoma County Friends! Ever hear of “Plan Bay Area”? If you haven’t, you are not alone. Most people living in the Bay Area have never heard about this plan!

Plan Bay Area is a plan to regionalize the nine bay area counties with the main goal of reducing our carbon footprint by moving people from outlying areas to concentrated housing units near mass transit centers. They call this a “Complete Community”.
Plan Bay Area held a series of workshops in which 100 people from each county were invited to help shape the vision of the bay area for the next 25 years. That’s right…only 900 people got to make decisions that will affect an estimated 9 million people living in the bay area.  Many CITIZEN SONOMA members went to these early visioning sessions and participated throughout the process for Plan Bay Area. 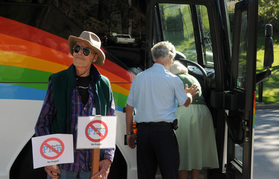 This was not your typical public meeting. We encourage you to watch for yourself as citizens of Marin and Sonoma counties speak out about both the process and the plan. Even those that supported the “Plan Bay Area” vision spoke out about the way the workshop was conducted. It was obvious to participants that the outcome of the plan was pre-determined, and that our input would not really be considered. So much for “public input”.  As you see this plan implemented over the next few years, remember that contrary to what they would have everyone believe, they did not have the complete support of the public.
_____________________________________________________________________
Here are links to You Tube, where we have posted video footage of some of the meeting held in Marin County in January 2012. Combined, there is about an hour and a half of footage. We recommend you view the entire series in order to find out what the plan is and what the public is speaking out against.
We have since followed this topic in all of our Bay Area Newspapers. In each county, the local newspapers maligned these people and mis-informed the public about what occurred. The people speaking out are TAXPAYING CITIZENS who are concerned about their personal and property rights! 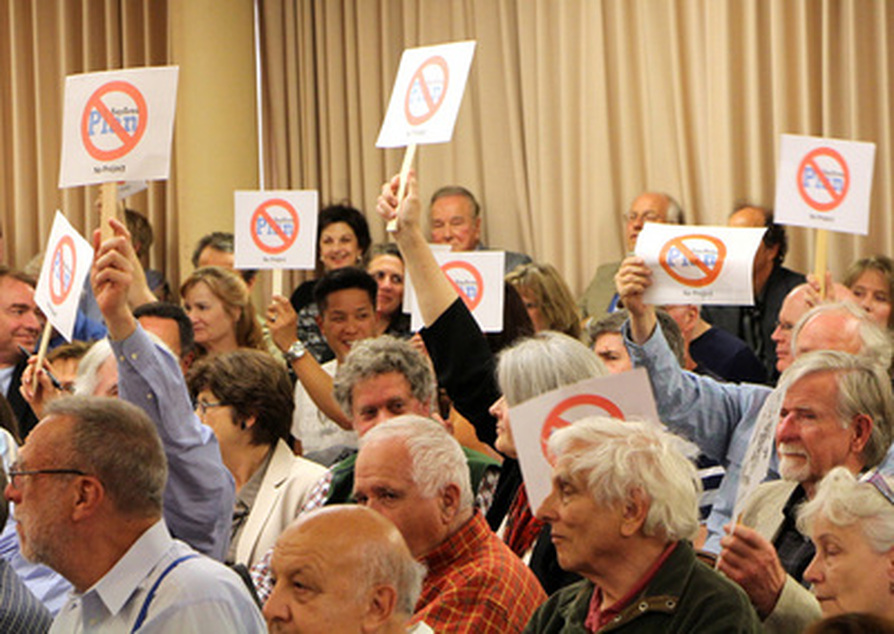 what is the delphi technique?

BY ALBERT V. BURNS
More and more, we are seeing citizens being invited to “participate” in various forms of meetings, councils, or boards to “help determine” public policy in one field or another. They are supposedly being included to get ”input” from the public to help officials make final decisions on taxes, education, community growth or whatever the particular subject matter might be.

You, Mr. or Mrs. Citizen, decide to take part in one of these meetings.

Generally, you will find that there is already someone designated to lead or “facilitate” the meeting. Supposedly, the job of the facilitator is to be a neutral, non-directing helper to see that the meeting flows smoothly.

Actually, he or she is there for exactly the opposite reason: to see that the conclusions reached during the meeting are in accord with a plan already decided upon by those who called the meeting.

The process used to “facilitate” the meeting is called the Delphi Technique. This Delphi Technique was developed by the RAND Corporation for the U.S. Department of Defense back in the 1950s. It was originally intended for use as a psychological weapon during the cold war.

However, it was soon recognized that the steps of Delphi could be very valuable in manipulating ANY meeting toward a predetermined end.

How does the process take place? The techniques are well developed and well defined. 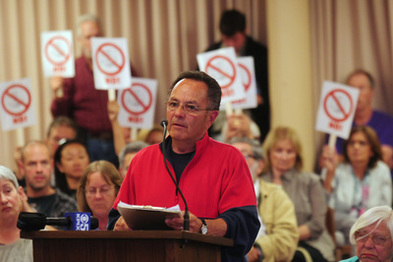 First, the person who will be leading the meeting, the facilitator or Change Agent must be a likable person with whom those participating in the meeting can agree or sympathize.

It is, therefore, the job of the facilitator to find a way to cause a split in the audience, to establish one or a few of the people as “bad guys” while the facilitator is perceived as the “good guy.”

Facilitators are trained to recognize potential opponents and how to make such people appear aggressive, foolish, extremist, etc. Once this is done, the facilitator establishes himself or herself as the “friend” of the rest of the audience.

The stage is now set for the rest of the agenda to take place.

At this point, the audience is generally broken up into “discussion—or ‘breakout’—groups” of seven or eight people each. Each of these groups is to be led by a subordinate facilitator.

Within each group, discussion takes place of issues, already decided upon by the leadership of the meeting. Here, too, the facilitator manipulates the discussion in the desired direction, isolating and demeaning opposing viewpoints.

Generally, participants are asked to write down their ideas and disagreements with the papers to be turned in and “compiled” for general discussion after the general meeting is reconvened.

This is the weak link in the chain, which you are not supposed to recognize. Who compiles the various notes into the final agenda for discussion? Ahhhh! Well, it is those who are running the meeting.

How do you know that the ideas on your notes were included in the final result? You Don’t! You may realize that your idea was not included and come to the conclusion that you were probably in the minority. Recognize that every other citizen member of this meeting has written his or her likes or dislikes on a similar sheet of paper and they, too, have no idea whether their ideas were “compiled” into the final result! You don’t even know if anyone’s ideas are part of the final “conclusions” presented to the reassembled group as the “consensus” of public opinion.

Rarely does anyone challenge the process, since each concludes that he or she was in the minority and different from all the others. 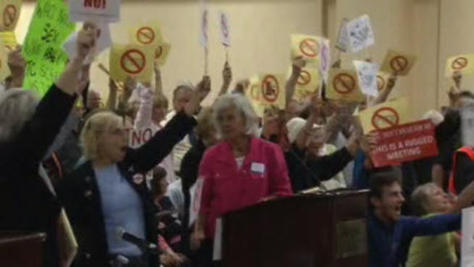 So, now, those who organized the meeting in the first place are able to tell the participants and the rest of the community that the conclusions, reached at the meeting, are the result of public participation.

Actually, the desired conclusions had been established, in the back room, long before the meeting ever took place. There are variations in the technique to fit special situations but, in general, the procedure outlined above takes place.

The natural question to ask here is: If the outcome was preordained before the meeting took place, why have the meeting? Herein lies the genius of this Delphi Technique.

It is imperative that the general public believe that this program is theirs! They thought it up! They took part in its development! Their input was recognized!

If people believe that the program is theirs, they will support it.

If they get the slightest hint that the program is being imposed upon them, they will resist.

This very effective technique is being used, over and over and over, to change our form of government from the representative republic, intended by the Founding Fathers, into a “participatory democracy." Now, citizens chosen at large are manipulated into accepting preset outcomes while they believe that the input they provided produced the outcomes which are now theirs! The reality is that the final outcome was already determined long before any public meetings took place, determined by individuals unknown to the public. Can you say “Conspiracy?”

These “Change Agents” or “Facilitators” can be beaten! They may be beaten using their own methods against them.

Because it is so important, I will repeat the suggestions I gave in the last previous column. One: Never, never lose your temper! Lose your temper and lose the battle, it is that simple! Smile, if it kills you to do so. Be courteous at all times. Speak in a normal tone of voice. 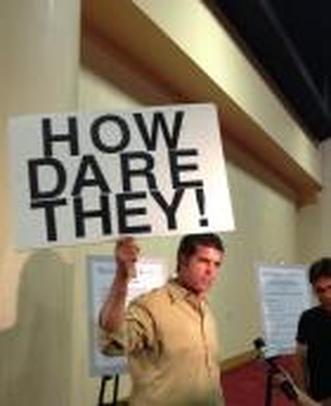 These agents are trained to twist things to make anyone not acceding to their agenda look silly or aggressive. Smile, wait till the change agent gets done speaking and then bring them back to your question. If they distort what you said, simply remind those in the group that what he or she is saying is not what you asked or said and then repeat, verbatim, from your notes the original objection.

Three: Be persistent! Wait through any harangues and then repeat the original question. (Go back and reread the previous column.)

Four: (I wish to thank a reader of the previous column for some EXCELLENT suggestions.) Don’t go alone! Get as many friends or relatives who think as you do, to go along with you to the meeting. Have each person ”armed” with questions or statements which all generally support your central viewpoint. Don’t sit together as a group! Spread out through the audience so that your group does not seem to be a group.

When the facilitator or change agent avoids answering your question and insists that he must move on so everyone may have a chance to speak, your own agents in the audience can then ask questions, worded differently, but still with the same meaning as yours. They can bring the discussion back to your original point.

They could even point out, in a friendly manner, that the agent did not really answer your question. The more the agent avoids your question, and the more your friends bring that to the attention of the group, the more the audience will shift in your favor.

To quote my informant: “Turn the technique back on them and isolate the change agent as the kook. I’ve done it and seen steam come out of the ears of those power brokers in the wings who are trying to shove something down the citizen’s throats. And it’s so much fun to watch the moderator squirm and lose his cool, all while trying to keep a smile on his face.”

Now that you understand how meetings are manipulated, let’s show them up for the charlatans which they are.

what does the delphi technique look like in "real life"?
(Watch the video below to find out)

the controversial plan bay area was adopted on june 18, 2013
regardless of the overwhelming negative public
reaction to it! 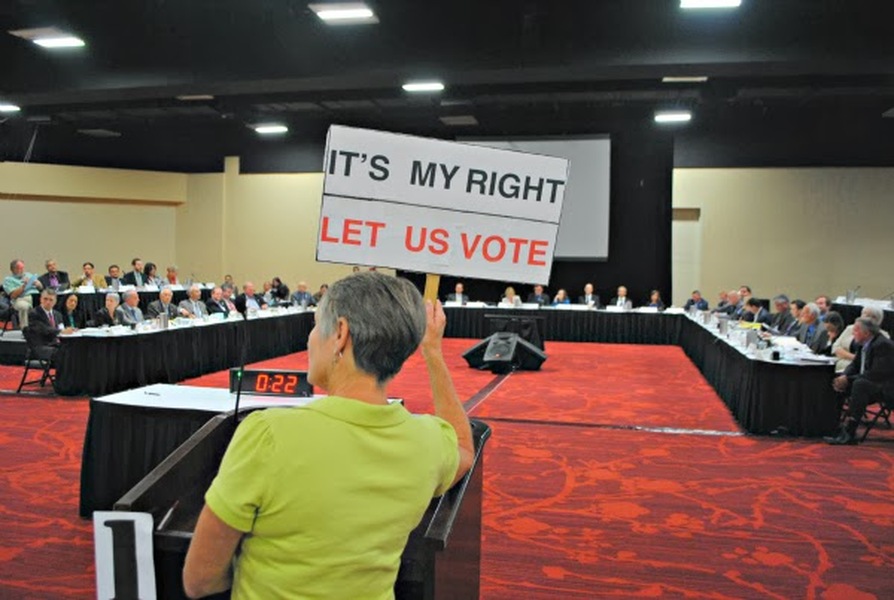 To see a really funny animated video about the Plan Bay Area "Visioning" Sessions, check out this video! 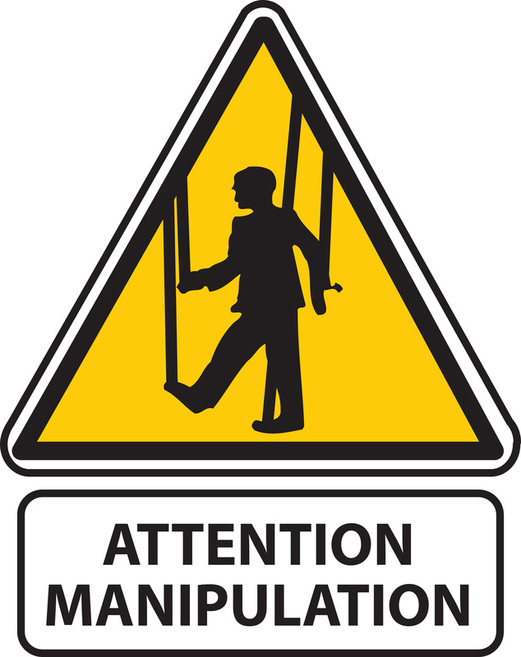