save our sonoma county roads! 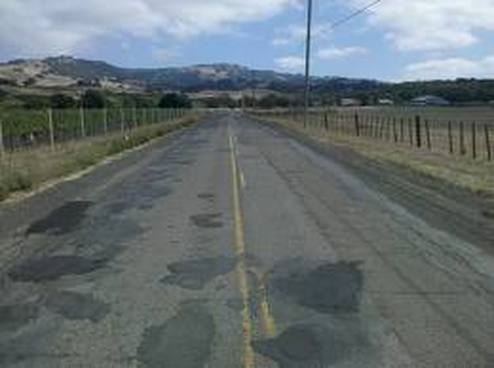 who is save our sonoma roads? 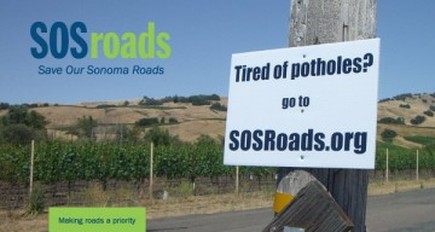 SAVE OUR SONOMA ROADS (SOSROADS)

The following information comes directly from the SOS Roads website and links have been provided for your convenience.

Save Our Sonoma Roads (SOSroads), a county-wide grassroots citizens group, was founded in 2011 to improve the condition of Sonoma County roads. Our roads have deteriorated because county supervisors have under-funded preventative maintenance and pavement preservation for decades, during both economic booms and recessions.

Only about 200 miles of county roads are well-maintained, and there are no plans to rebuild, repave or do anything but fill potholes on 1,183 miles (86%). Roads with no pavement preservation will deteriorate to dirt or gravel. The Department of Transportation classifies 727 miles (53%) of our county roads as poor or failed.

Our goal is to improve the condition of our county roads and city streets because they are vital to public safety, property values and our economic well-being.

SOSroads has advanced its mission by educating the public on road funding and by urging supervisors to increase public funding for roads. 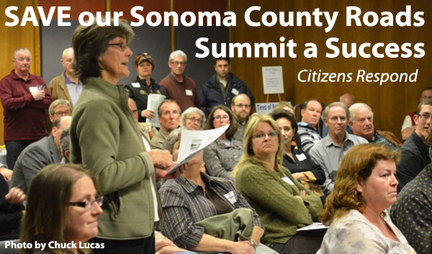 SOSroads has drawn national attention to this issue with articles in the Wall Street Journal and the Reuters wire service. We have published many articles in the Santa Rosa Press Democrat, Petaluma Argus-Courier, Sonoma County Gazette, Kenwood Press, Sonoma Index-Tribune and Bohemian. We have been frequent guests on local radio programs such as KSRO, KRCB and KSVY.

When SOSroads formed in 2011, the supervisors had cut back on funding road maintenance, adjusted for inflation, by about 70 percent over the previous twenty years. SOSroads has successfully worked with its members to persuade the supervisors to increase the road maintenance budget by $8 million for each of the past two fiscal years. This is a good beginning, but not nearly enough.

The supervisors will propose a long-term plan for our roads by the end of 2013. We believe the plan should have the following components:

• be implemented over no more than ten years, include generous support from the County general fund
• provide a realistic estimate of the additional funds from new revenue measures
• include specific criteria for ranking the priority of roads to be improved
• establish a reserve fund, and quantify the miles of road in good and poor condition once the plan is implemented. Read our complete policy statement here. 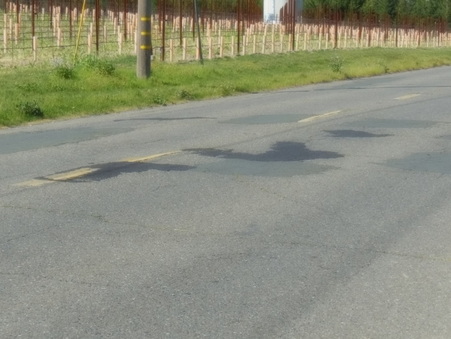 YOU CAN DONATE TO HELP IMPROVE OUR ROADS!

Send your donation to:

Or you can donate via Paypal by following the link below.

To go to the SOS Roads Donation page:
http://sosroads.org/index.php/donate

sonoma county roads in the news
﻿

"Why are Sonoma County Roads So Bad?", by Road Warrior, on September 24, 2014:
http://roadwarrior.blogs.pressdemocrat.com/17741/why-are-sonoma-county-roads-so-bad/

"Rough Roads Ahead for Sonoma County", by Kendall Fields, The Sonoma-Index Tribune, on October 10, 2013:
http://www.sonomanews.com/rough-roads-ahead-sonoma-county/#.Uyp5XPldWK0

are we really going to let our rural roads revert to gravel???