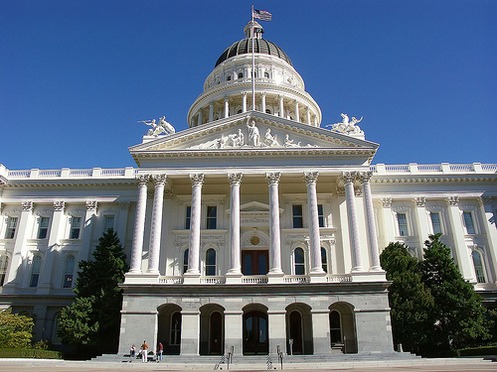 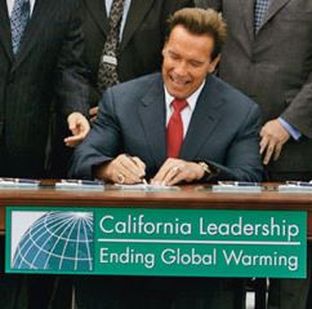 The following information comes directly from the California Government website and links have been provided for your convenience.

In 2006, the Legislature passed and Governor Schwarzenegger signed AB 32, the Global Warming Solutions Act of 2006, which set the 2020 greenhouse gas emissions reduction goal into law.  It directed the California Air Resources Board (ARB or Board) to begin developing discrete early actions to reduce greenhouse gases while also preparing a scoping plan to identify how best to reach the 2020 limit.  The reduction measures to meet the 2020 target are to be adopted by the start of 2011. 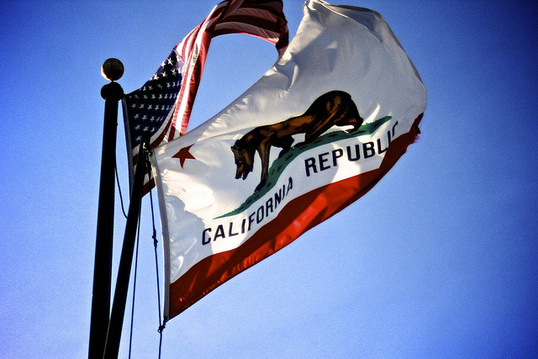 The following information comes directly from the California Government website and links have been provided for your convenience.

Under the Sustainable Communities Act, ARB sets regional targets for GHG emissions reductions from passenger vehicle use.  In 2010, ARB established these targets for 2020 and 2035 for each region covered by one of the State's metropolitan planning organizations (MPO).  ARB will periodically review and update the targets, as needed.

Each of California’s MPOs must prepare a "sustainable communities strategy" (SCS) as an integral part of its regional transportation plan (RTP).  The SCS contains land use, housing, and transportation strategies that, if implemented, would allow the region to meet its GHG emission reduction targets.  Once adopted by the MPO, the RTP/SCS guides the transportation policies and investments for the region.  ARB must review the adopted SCS to confirm and accept the MPO's determination that the SCS, if implemented, would meet the regional GHG targets.  If the combination of measures in the SCS would not meet the regional targets, the MPO must prepare a separate “alternative planning strategy" (APS) to meet the targets.  The APS is not a part of the RTP.

The Sustainable Communities Act also establishes incentives to encourage local governments and developers to implement the SCS or the APS.  Developers can get relief from certain environmental review requirements under the California Environmental Quality Act (CEQA) if their new residential and mixed-use projects are consistent with a region’s SCS (or APS) that meets the targets (see Cal. Public Resources Code §§ 21155, 21155.1, 21155.2, 21159.28.). 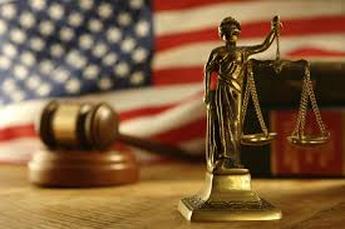 The Dangers of
Joint Powers Authorities
to Our Republic

A wonderful series of articles written about Joint Powers Authorities was written by Bob Silvestri for the Mill Valley Patch in August 2013.  It is a four-part series entitled "The Enronization of Democracy".  Although quite lengthy, it does a great job of delving deep into Joint Powers Authorities, both in general and specifically in regards to Plan Bay Area.

"The Enronization of Democracy", Part 1 of 4, by Bob Silvestri, Mill Valley Patch, on August 16, 2013:
http://millvalley.patch.com/groups/bob-silvestris-blog/p/the-enronization-of-democracy

"The Enronization of Democracy", Part 2 of 4, by Bob Silvestri, Mill Valley Patch, on August 16, 2013:
http://millvalley.patch.com/groups/bob-silvestris-blog/p/the-enronization-of-democracy--part-ii

"The Enronization of Democracy", Part 3 of 4, by Bob Silvestri, Mill Valley Patch, on August 21, 2013:
http://millvalley.patch.com/groups/bob-silvestris-blog/p/the-enronization-of-democracy--part-iii

"The Enronization of Democracy", Part 4 of 4, by Bob Silvestri, Mill Valley Patch, on August 21, 2013:
http://millvalley.patch.com/groups/bob-silvestris-blog/p/the-enronization-of-democracy--part-iv

*Please note that there is no mention of joint powers authorities in either our Federal or our State Constitutions.
Powered by