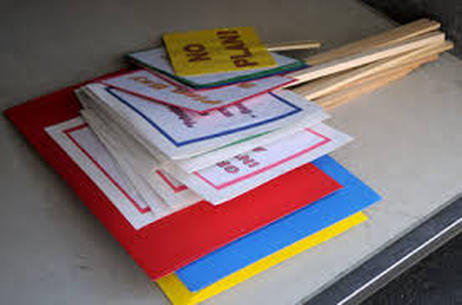 The following information comes directly from the Pacific Legal Foundation website and links have been included for your convenience.

OAKLAND, CA;  August 6, 2013: Plan Bay Area — a regional transportation plan that would squeeze future residential and commercial development into crowded, high-density zones — must be struck down because it was developed in violation of a key state statute, the California Environmental Quality Act (CEQA).

So argues a lawsuit filed today by Bay Area Citizens (BAC), a coalition of concerned residents from throughout the region who have actively monitored the plan’s development, offering critiques and proposing alternatives. The coalition is represented, free of charge, by attorneys with Pacific Legal Foundation (PLF), a watchdog organization that litigates for limited government, individual rights, and a balanced approach to environmental regulations.
Statements: Why the Bay Area Citizens organization, and Pacific Legal Foundation, are suing “Plan Bay Area would foist a one-size-fits-all vision of ‘transit oriented development’ on the region,” said PLF Principal Attorney Damien Schiff.

“In this planner’s dream environment, everyone would complacently agree to a regimented lifestyle, living in multi-family housing, and walking, bike-riding, or taking public transit to work. The drafting agencies have come up with an ambitious strategy to micro-manage people’s lifestyle choices. All that’s missing is the legally required justification for doing so. Instead, they’ve studiously ignored data that contradict their agenda. They’ve cherry picked facts to create a false need for their draconian development prescriptions.”

“Members of Bay Area Citizens have been trying for years to open up the process for developing the regional transportation plan,” said BAC spokesperson Peter Singleton. “Our group of average citizens passed the hat among ourselves to commission independent research. We also wrote reports of our own, produced data-based studies evaluating the Plan and its analysis, and offered counter-proposals.

“But the drafting agencies have shown no interest in listening to the public. The insiders have simply been talking to each other. Not only is this a bad way to make policy, we contend it’s illegal because officials ignored environmental facts that didn’t fit their agenda, and refused to even consider a credible alternative strategy. Unfortunately, the agencies’ don’t-confuse-us-with-the-facts approach has made it necessary to take them to court.”

Lawsuit: The Plan devised by ABAG and MTC flouts CEQA Federal and state law require the Association of Bay Area Governments (ABAG) and Metropolitan Transportation Commission (MTC) to produce a combined regional transportation plan and sustainable communities strategy for the Bay Area. Among other things, the strategy must meet the Bay Area’s greenhouse gas reduction targets (a seven percent per capita reduction by 2020 and 15 percent by 2035), as well as state-assigned housing needs.

However, the lawsuit filed today says that ABAG and MTC violated CEQA by failing to justify Plan Bay Area’s high-density development scheme, and refusing to consider the feasibility of a less restrictive alternative.

Plan Bay Area: a “sardine strategy” for people, housing, and jobs Plan Bay Area aims to achieve the greenhouse gas reduction targets through “stack and pack” development, requiring 78 percent of new housing and 62 percent of new jobs in the Bay Area through 2035 to be located within some 200 “priority development areas,” small urban and suburban areas designated by Bay Area local governments. Collectively, these zones constitute just five percent of the region’s surface area. The environmental impacts would be significant, with critics predicting increased traffic congestion and concentrated pockets of air pollution. The plan’s own environmental impact report concedes at least 39 negative effects on the environment, including pollution caused by construction work, and the disruption of established communities and living patterns.

ABAG and MTC have illegally ignored facts showing that Plan Bay Area’s
draconian development restrictions aren’t necessary When a proposed government action carries major development implications, CEQA requires that the public be made fully aware of environmental consequences — the consequences both of proceeding and of not going ahead. This didn’t happen with Plan Bay Area, as Schiff notes: “The agencies closed their eyes to facts that were inconvenient for their goal to squeeze people into enclaves where elbow room and breathing room are at premium.”

The Plan contends that forcing people to live in dense urban concentration will cut greenhouse emissions by reducing automobile trips. “But the Plan’s CEQA analysis ignores the air quality improvements that will result from existing clean-air initiatives at the state level,” Schiff said. “In fact, the region’s greenhouse gas targets are projected to be met naturally, largely because of mandated fuel efficiencies that are on track to be imposed. Plan Bay Area’s sardine strategy for development — its scheme to squeeze and stack people into high-density dwellings and business complexes — simply isn’t needed to reach government air quality goals.”

“CEQA is explicit in requiring that legitimate alternatives to a proposed government project be evaluated,” said Schiff. “ABAG and MTC violated this legal duty to be open-minded rather than biased and agenda-driven.”

Peter Singleton said: “Bay Area Citizens presented a feasible plan for greenhouse gas reduction that focuses, in part, on expanded bus service and reducing transit fares. This alternative would achieve air quality targets and serve the needs of lower income transit-reliant residents without curtailing people’s freedom to live in detached homes in suburban and rural areas with lawns and gardens. Yet ABAG and MTC wouldn’t consider this alternative.”

The agencies contend the alternative was offered too late in the process — during the period for public comment. However, “Nothing in state law sets this arbitrary time limit on reviewing proposals,” Schiff pointed out.

Filed in Alameda County Superior Court, the case is Bay Area Citizens v. ABAG and MTC. View the petition for writ of mandate, a video and a podcast.

About Pacific Legal Foundation
Donor-supported PLF is a watchdog organization that litigates for limited government, property rights, individual rights, and a balanced approach to environmental regulations, in courts nationwide.

To go to the Pacific Legal Foundation website: http://www.pacificlegal.org/Release/Lawsuit-says-Plan-Bay-Areas-drafters-wore-blinders#sthash.qqwMp98z.dpuf

We Need Your Help Raising Funds From Bay Area Citizens:
While we are all volunteers and Pacific Legal Foundation is providing its representation in this suit pro bono, we also need your financial support. The court costs, including the administrative record, are a necessary cost of raising our claims, and we need your help in raising these funds.

If you are able to do so, we would appreciate your donating generously to Bay Area Citizens. While we are a nonprofit organization and our current plan is to file with the IRS for 501(c)(3) status, your donations are not tax deductible under IRC 501(c)(3) at this time. 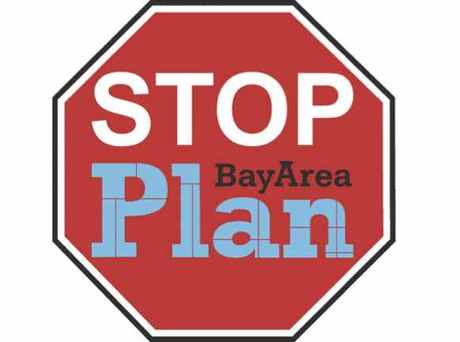 GOT PROPERTY RIGHTS?
NOT UNDER PLAN BAY
AREA YOU DON'T!

The following information comes directly from the Post Sustainability website and links have been included for your convenience.

PLAN BAY AREA violates the 5th Amendment of the US Constitution by taking property rights without just compensation.  By the creation of Priority Development Areas, this Plan restricts 80% of residential development and 66% of commercial development to just a few small areas of your city--until the year 2040.  If your property is outside of the PDA (96% of property is outside) you will likely not be able to build or expand your building--and you won't be paid for this loss.

PLAN BAY AREA violates voter-approved Urban Growth Boundary ordinances.  Because the Priority Development Areas are within the UGBs but are much smaller restricted areas they are in violation of ordinances that clearly state that development must be encouraged out to the limits of city services: Urban Growth Boundaries. These ordinances are found throughout the Bay Area and cannot be changed without voter approval.

PLAN BAY AREA permanently strips all development rights from rural properties in the nine county Bay Area.  Plan Bay Area is effectively taking conservation easements on all rural lands without paying for them.

PLAN BAY AREA restricts development rights of property within the Priority Development Areas, too.  Construction will be limited to mixed-use high density Smart Growth development.  Existing buildings are likely to be out of compliance with your city's General Plan (legal non-conforming) and permits to make additions or changes will likely not be granted.

PLAN BAY AREA affects every property owner in the entire nine county 101 city Bay Area.  Only the 1% big developers with their connections to elected and appointed officials will take advantage of tax credits and subsidies. 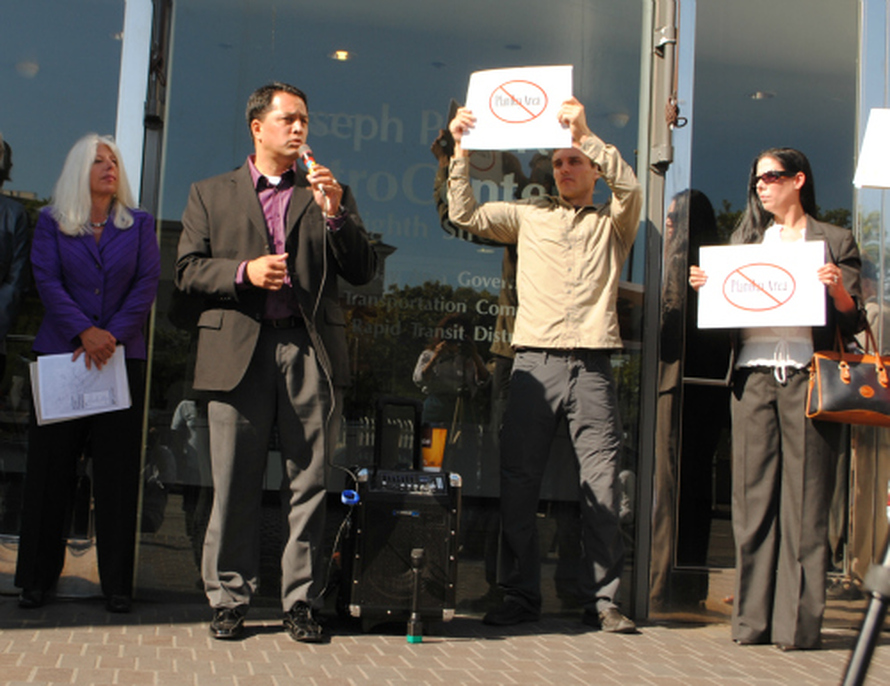 Rosa Koire, Post Sustainability Institute (left), posing with former Congressional Candidate, Chris Pareja (left of center) and other Bay Area Citizens protesting Plan Bay Area.
Rosa Koire, The Post Sustainability Institute, and Michael Shaw, Freedom Advocates are launching a legal action to stop PLAN BAY AREA.  Their legal team is compiling the cause of action and writing objections to be entered into the legal record. Legal action is the only way to stop PLAN BAY AREA.

The Post Sustainability Institute is a 501 c4 non-profit.  Donations are not tax deductible.  All funds will be used for this legal action only.

Through our attorneys it has recently come to light that PLAN BAY AREA will be exempt from CEQA (Environmental Impact Report) requirements because underlying area plans have already been completed in the affected areas known as Priority Development Areas (PDAs). Completion of these underlying area plans along with their accompanying EIRs were a requirement in order for areas to quality as PDAs and to be eligible for the One Bay Area Grant program, OBAG.

Why is this important?  Because an effort is already underway to ask people to donate to a fund challenging the Environmental Impact Report.  In fact, PLAN BAY AREA has a Program EIR---an overall EIR. The areas impacted by PLAN BAY AREA have already have existing EIRs in place.  These will be the real basis for local plans. The EIR being prepared by the MTC and ABAG is only being done to deceive the public and distract them from the real issues of the plan's unconstitutionality.  A legal challenge to the PLAN BAY AREA EIR will fail to stop PLAN BAY AREA.

Rosa Koire is a forensic commercial real estate appraiser specializing in eminent domain valuation. Her twenty-eight year career as an expert witness on land use has culminated in exposing the impacts of Sustainable Development on private property rights and individual liberty.  She has written a book called Behind the Green Mask, which is an excellent source of information.  It is available on Amazon.

DONATE TO STOP THE PLAN ITSELF.  FIGHT PLAN BAY AREA.