ADVOCATING FOR A RATIONAL GROWTH PLAN 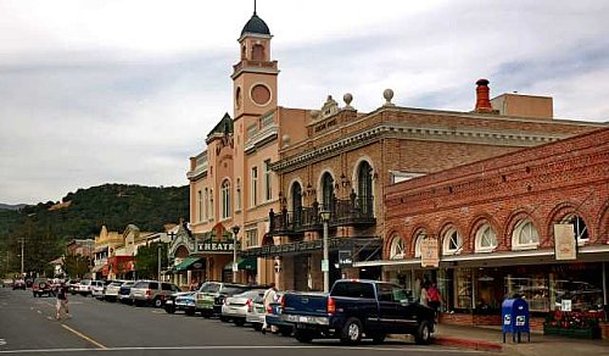 WHO IS CITIZEN SONOMA?

CITIZEN SONOMA is truly a grass-roots organization.  We are comprised of a diverse group of individuals from all walks of life.  Our members come from all social, economic, and political backgrounds.  We enjoy living and working in Sonoma County and hope to pass this blessing to future generations.

Many CITIZEN SONOMA members have been involved in the Plan Bay Area planning process since the beginning.  We  have devoted years to studying Plan Bay Area, delving deeply into plan, and separating fact from fiction.  CITIZEN SONOMA members who participated in the early visioning sessions were dismayed to find the process to be extremely flawed.  It soon became obvious that they had little or no say in the visioning process, although it was touted as "Public Input". These meetings were specifically designed to arrive at a pre-determined outcome --- there was little public input involved in the Plan Bay Area Final Draft, which was adopted on July 18, 2013 amidst much controversy.  CITIZEN SONOMA members believe that Plan Bay Area is a draconian land-use plan that usurps local control over our cities and county.

CITIZEN SONOMA members decided to band together with others in the Sonoma County area to educate the public about the massive high-density development being planned along 101 and elsewhere throughout the county.  CITIZEN SONOMA advocates for the return of local control in the planning of our cities and towns.  Regional governance is a huge change to the way we've done things in the past.  It makes it more difficult for the People to affect change locally.  Even if we were to recall our city/county representative in AGAG/MTC, it would do little to change the overall direction the regional government is heading.  CITIZEN SONOMA also advocates for financially sustainable growth.  There are many things not included in Plan Bay Area that concerns CITIZEN SONOMA members, such as the added strain on our city services such as Public Safety (Fire/Police), our Public School System, and our Water.  The majority of this housing is slated to be low income, so there will not be a tax base to pay for this expansion.  In addition, CITIZEN SONOMA believes that putting high density housing near the highway is not healthy; it can cause a variety of illnesses such as asthma, cancer, etc... 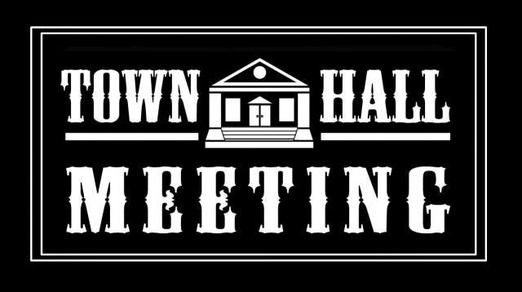 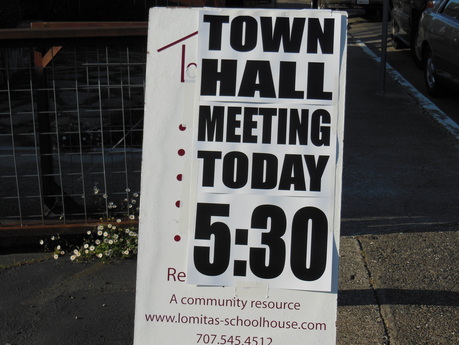 CITIZEN SONOMA
Members held Town Hall Meeting about Climate Action Plans being
implemented in our Cities and the County of Sonoma.
CITIZEN SONOMA members also held a town hall style meeting on March 23, 2014 that was specifically about the Climate Action Plans now being instilled at all levels of government...city, county, and state.  Included during the meeting was information beyond the Climate Action Plans and Plan Bay Area that even those that are "awake" likely found to be eye-opening.  The information reinforced our need to come together, now more than ever.  This was largely our mission for this meeting.  Like the previous meeting, this was a free town hall, open to all residents of Sonoma County.

CITIZEN SONOMA members are beginning to realize that there a a disconnect between us and our 'representation'.  We are hoping to begin to stand up for our rights to live, travel, and work where we please.   We don't want these regional governments to dictate to us, or future generations, everything about our lives.

The meeting will be on YouTube in the near future.   We hope it will set the tone for many more, both here in Sonoma County and beyond. 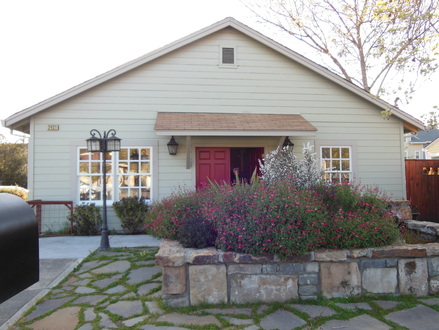 The Lomitas School House was the perfect location for this old-fashioned Town Hall meeting. 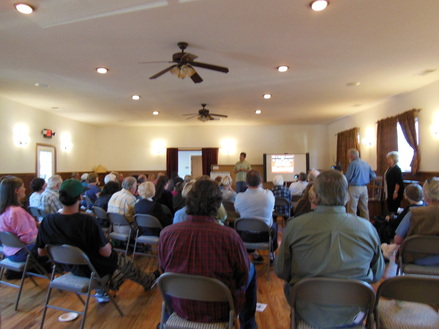 OUR TOWNS ~ OUR HISTORY, & OUR FUTURE